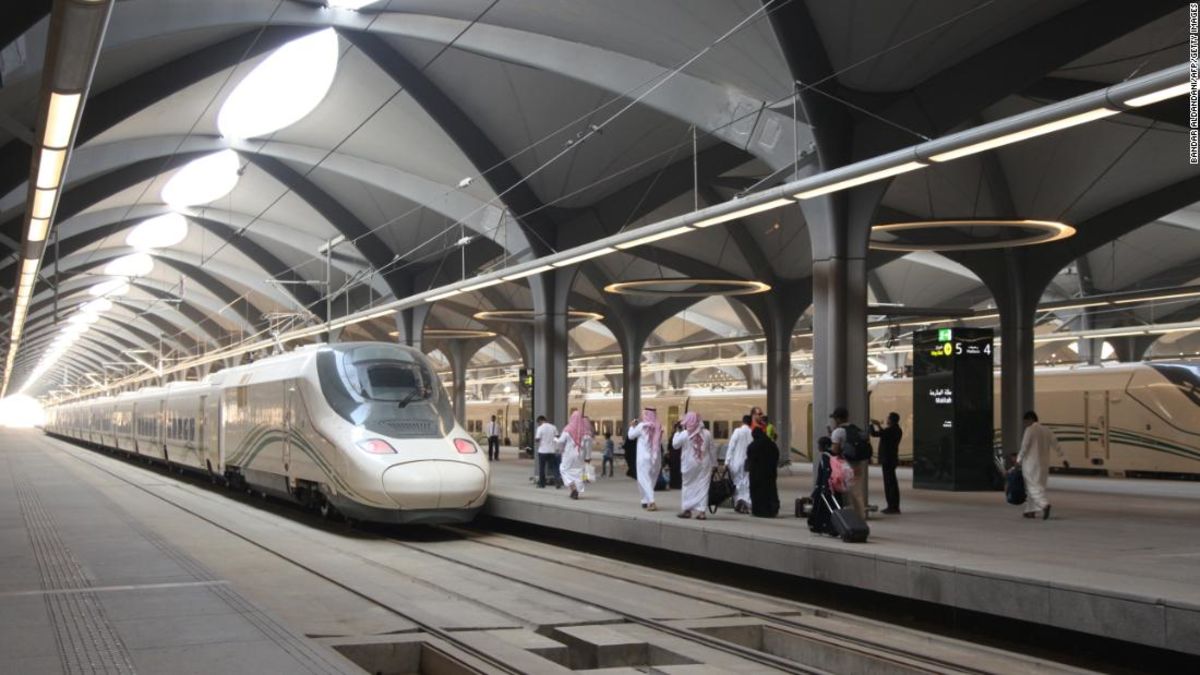 (CNN) — High-speed rail service will be available for the first time this year during Hajj, the pilgrimage by Muslims to Saudi Arabia’s holy city of Mecca.

Some of the millions of pilgrims expected to make the journey will be riding Haramain High Speed Rail (HHR), which links Mecca to Medina and passes through three stations: Jeddah, King Abdul Aziz International Airport and King Abdullah Economic City in Rabigh, according to the railway’s website.
The railway launched in October 2018, after the Hajj, so this year is its first handling the annual crush of pilgrims. In 2018, 2.37 million Muslims made the journey to Mecca.

The pilgrimage, which begins Friday and lasts five days, is one of the five pillars of Islam. Every Muslim is required to perform the Hajj at least once in their lifetime, if they are physically and financially able.

A road trip between the holy cities of Medina and Mecca can take as long as 10 hours during Hajj, according to Arab News. HHR train service between the two cities takes about two hours.

The trains travel at 300 kilometers per hour (186 miles per hour) on electrified rails. The technology is designed to handle temperatures up to 50°C (122°F), Saudi Arabia’s maximum temperature, according to the HHR website.

There are 35 trains, each with 13 cars and 417 seats in two classes — business and economy.

The high-speed rail line has a capacity of 60 million passengers a year.